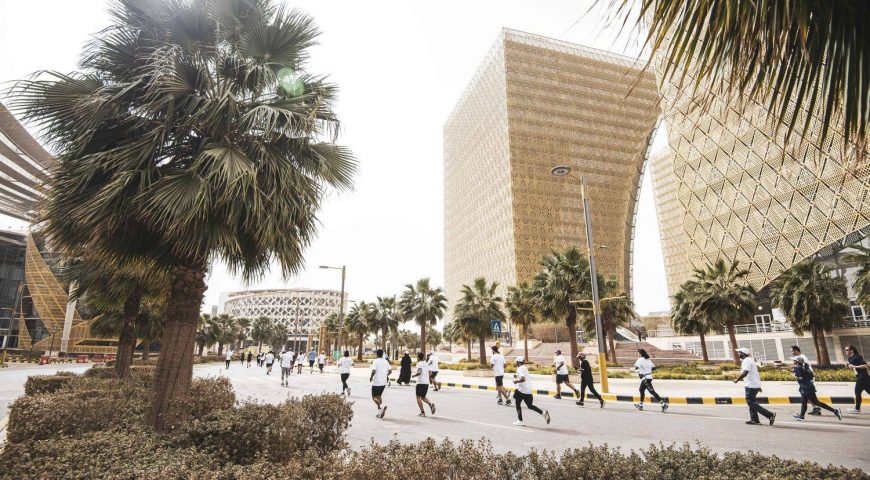 As Saudi Arabia endeavours to transform itself into a global tourism and sport destination, adventure tour operator Untamed Borders launch a new trip to the Kingdom, combining both running and adventure travel.

As part of the Saudi Vision 2030, Saudi Arabia has been focussing on growing its sports and tourism industries, which includes the launch of the first official marathon in the Kingdom – the Riyadh Marathon, taking place on 5th March 2022.

Untamed Borders who specialise in cultural, trekking, skiing and marathon adventure tours are the only tour operator offering packages to the race. Having organised marathon trips to destinations like Afghanistan, Somaliland and Somalia, the company’s founder James Willcox explains that “like our previous marathon trips, we would never support an event that wasn’t inclusive for all. We wanted to offer guests a first of its kind experience they can’t get anywhere else – like most of the trips we operate. After having spoken to Saudi female runners who have been breaking taboos and pushing boundaries in the sport, we decided to offer this new itinerary.”

In the 1960s, it was prohibited for women and girls to participate in sports or physical education in school, and as recently as 2016, women would face severe backlash if seen running in the streets or creating sports teams. Now, across the country, women are running together, claiming a place and activity long considered inappropriate for their gender, committed to challenging the countries culture around women’s sports.

Taking place just before International Women’s Day, the marathon will see runners take on the challenge of the 42-kilometer course starting from King Saud University and continuing through the city of Riyadh, enabling participants to explore the attractions of the Saudi capital city.  With the country under criticism recently for sportswashing, the organisers claim the event is open to all runners, of any age or gender. There is even a half marathon, 10km and 4km race for beginners and children from all members of society in a bid to promote running and a healthy lifestyle across the Kingdom.

Untamed Borders Riyadh Marathon tour will also spend a full day visiting the sights of Riyadh, including the Masmak fort, one of the most important monuments in the city, the National Museum, composed of eight galleries telling the complete story of Arabian history, a chance to explore the Al Zal souk and a visit to the 99 story Kingdom centre for views over Riyadh.

If you would like to be put in touch with female Saudi runners taking part in the first ever official Riyadh Marathon ahead of International Women’s Day, please contact elise@untamedborders.com

Since first operating pioneering tours to Afghanistan in 2007, Untamed Borders have continued to offer bespoke trips and small group adventures to some of the world’s most interesting and inaccessible places. Specialising in cultural, trekking, marathon and skiing trips, Untamed Borders offer some of the most unique itineraries in the travel market today.

Operating in the Middle East, East Africa, Central Asia and the Caucasus, Untamed Borders takes over 250 guests a year to unusual and largely unvisited areas of the world. Travelling in small groups and using local guides, the Untamed Borders mission is to add positive benefit to the countries and communities they visit.

Untamed Borders continue to provide access and support for film crews, journalists, photographers, brands and other professional people to some of the world’s most inaccessible places. In addition to logistical expertise, Untamed Borders provide risk assessments, consultation and management of all sizes of productions and all types of projects. Previous clients include: ITN Productions, National Geographic, The North Face, Arc‘teryx, Lonely Planet and Newsweek, plus a host of independent productions.