The southern Caucasus' largest country and a gateway to Central Asia

Azerbaijan’s culture is a fusion between its Turkish influences and its Russian and Persian history. Overlooking the eastern shores of the Caspian Sea, there’s a lot to discover in this oil-rich Caucasus nation which is at a crossroads between Europe and Asia. Most foreign visitors usually come for business and spend the majority of their time around bustling Baku. Fortunately for you though, this means that if you choose to venture beyond the cosmopolitan capital you are guaranteed to encounter quiet mountain villages and have a chance to experience authentic Azeri life away from the crowds. 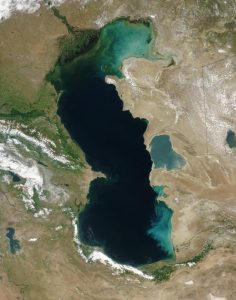 The western shores of the Caspian Sea are found in Azerbaijan. Whilst some of coastline is geopolitically contentious due to the significant oil and gas reserves – whose original production in the area in the 19th Century was the world’s largest at the time – it’s worth a visit to see the local fisheries and life along the shore. 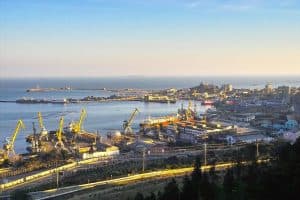 Situated on the coast of the Caspian Sea on the southern edge of the Absheron Peninsula, Baku is the Azerbaijani capital that can be divided in to three distinct regions; the ancient city, the Soviet portion and modern Baku. Each one is well worth a visit to see the distinct contrasts, each representing a very important portion of the nation’s history. The ancient city itself is a walled fortress and a UNESCO World Heritage site; the main sites here of the Maiden’s Tower and the Palace of the ShirvanShahs can all be seen in one day and the day topped off with a visit to the public baths of Hamam Mehellesi. 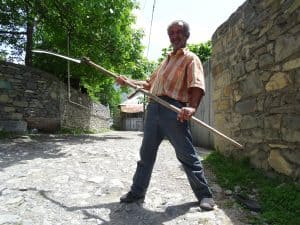 Nestled away on the forested slopes of the Caucasus Mountains, this is a travel highlight in Azerbaijan owed to its serene surroundings, ancient Silk Road links and a rich Islamic history. Many say that the majority of visitors don’t go outside on Baku, but for those that visit Sheki that’s great news and you’ll find this small city to be relatively quiet and pleasant to explore its sites such as the caravanserai, the Juma mosque and the silk factory. 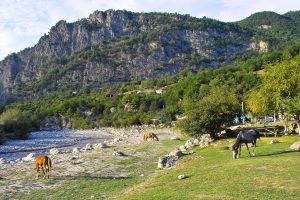 A region that that possesses some of the best hiking and camping in the country through the mountains of Quba Rayon. Located at 2350m this is one of the highest settlements in the Caucuses and certainly the highest and most isolated village in Azerbaijan. Unsurprisingly this remoteness has also helped to make it one of the most continuously inhabited places in the world and some say that this landscape is connected to the legend of Noah’s Ark, where having seen this high and flat land he cast out his anchor and everyone embarked. 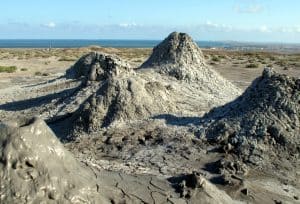 Azerbaijian has nearly half of all of the world’s 800 mud volcanoes. Azerbajiani’s though have a much better name for these, yanardagh, which means ‘burning mountain’. Since 1810 there’s been approximately 200 eruptions of the mud volcanoes, so if you’re lucky you might be able to see one in action. Failing that, you could also visit the Baku Archipelago by boat and marvel at one of the eight islands created by this unique metamorphic process. 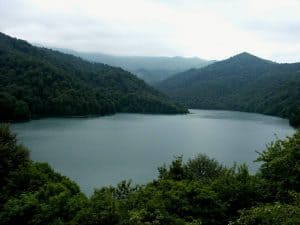 The only crying you’ll be doing on your visit to Kyapaz is because of the eye-watering natural beauty of these seven lakes which look like tear drops found near Mount Kyapaz and Nagorno Karabakh.

E-visa for most nationalities including EU countries, USA, Australia, UK and China.

In the northern hemisphere seasons with hot summers and snowy winters.

Most guesthouses and hotels have adequate Wifi. In cities 3G works well.

The FCO considers Azerbaijan to be a low risk travel region. However it does advise against travel to the border area between Armenia and Azerbaijan as well as the Artsakh/Nagorno Karabakh region. Primarily this is due to the frozen conflict between the two countries rather than immediate risk from attack by individuals. We take precautions when travelling to Azerbaijan. Contact us for information on how we work to minimise risk for our guests and staff.

Trips in the Caucasus