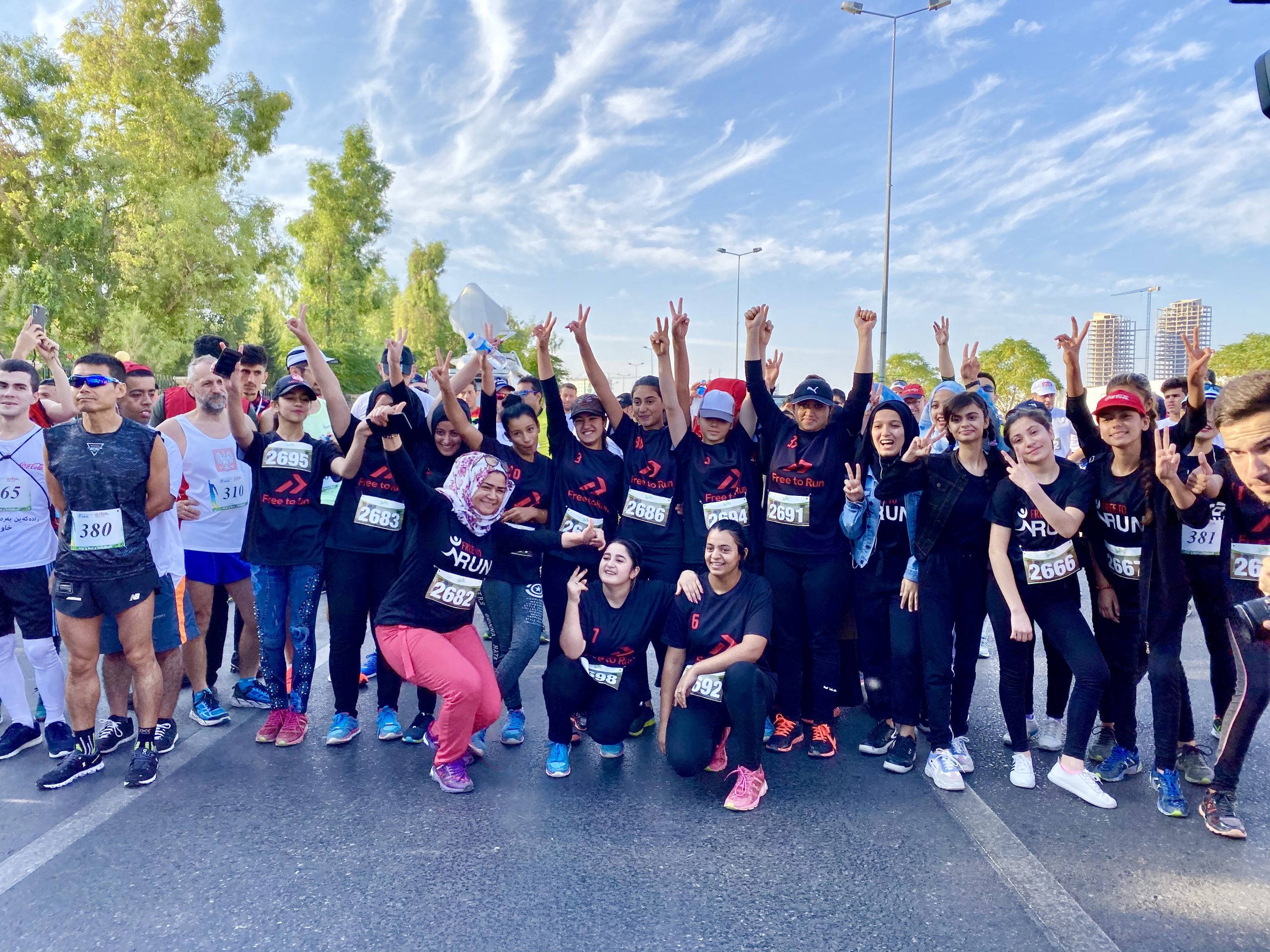 Women break the mould at the Erbil Marathon

We’ve launched an incredible trip to Iraqi Kurdistan, to coincide with the eighth edition of the Erbil Marathon!

According to the organisers, they ‘use sport and running as a tool for spreading peace and establish love and non-violence in the community’.

It’s something that’s certainly needed in Iraq, where nearly two million people are internally displaced because of two recent conflicts: the Iraq War (2003-2011), and the war with ISIS (2014-2017).

Women and girls are more vulnerable to exploitation in conflict areas, often also missing out on education when they’re displaced – which also increases the likelihood of child marriage. Marriage is illegal for anyone below the age of 18 in Kurdistan, but it’s common and widespread.

That’s where Free to Run comes in – an organisation that enables women and girls to participate in outdoor activities in conflict-affected regions, while also increasing their agency, skills and self-confidence. Untamed Borders’ founder James Willcox sits on the board of Free to Run, having been a key figure in setting up the annual Marathon of Afghanistan.

“After the Afghan marathon, we wanted to branch out and do more,” says James. “We thought Erbil would be perfect, as Free to Run already did operations there, and we could add value to our Untamed Borders trips, too.”

In Iraqi-Kurdistan, Free to Run works in internal displacement camps to support girls and women to run in the Erbil Marathon – as well as bike, hike, camp, ski and volunteer in the region.

“On our Erbil Marathon trip, we meet with some of the Free to Run participants,” adds James. “We meet women from IDP and refugee camps, refugees from the conflict in Syria and the war with ISIS. On one of the days leading up to the Erbil Marathon we do a training session with them, which everybody likes.”

If you want to join this year’s trip to Iraq to experience the Erbil Marathon and see the Free to Run initiative in action, drop us a message on info@untamedborders.com – or book your space online.