In Afghanistan’s distant north-eastern corner lies the Wakhan corridor, a narrow strip of land that once formed the buffer zone between the British and Russian Empires and was of immense strategic importance during the 19th century ‘Great Game’.

Considered one of the most geographically stunning regions in the world, the Wakhan Corridor remains one of the last trekking destinations still completely untouched by mainstream tourism and modern ways of life. This is all about to change, with the building of a major new Chinese trade route directly through the valley.

As an offshoot of China’s belt and road Central Asian infrastructure project, designed to move Chinese goods into Europe in far greater numbers, a connecting road will be built directly through the Wakhan Valley into Afghanistan. China and Afghanistan share a small 46km wide border at the very tip of the Wakhan Corridor where the road will cross in, creating a major new trade route into this long-forgotten region, and with it, change.

Due to its remoteness, and the time it takes to reach, Untamed Borders is one of only a handful of adventure tour operators that offer expedition trips to the Wakhan region. Each year, around 200 intrepid trekkers venture deep into this territory where few outsiders have been, and are rewarded with world class trekking, some of the finest mountain scenery in the world, and generous hospitality from the Kyrgyz nomadic people. 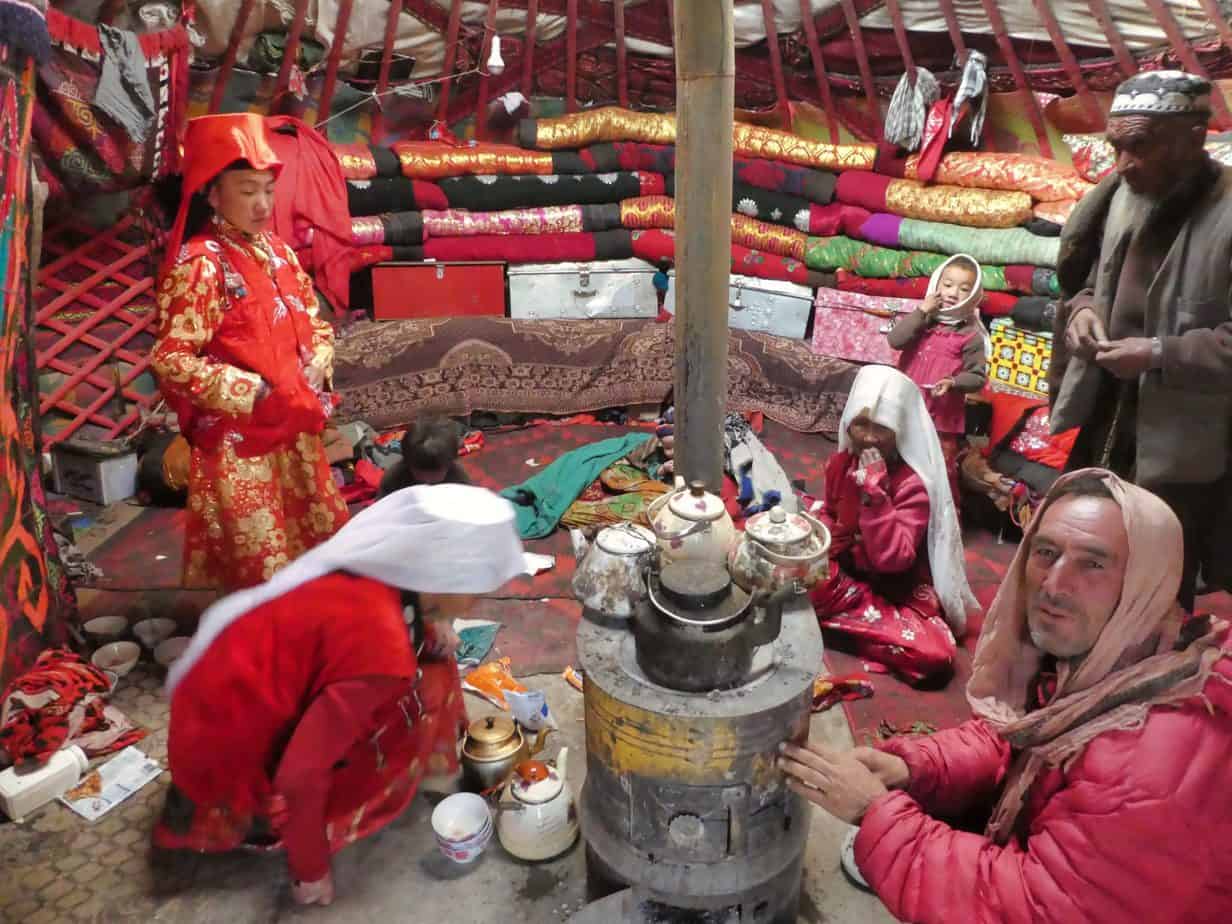 Currently, the Kyrgyz nomadic people who live at the far Eastern end of the Wakhan Corridor, are four days travel by foot or yak to the nearest town. It is then a further three days by car to the provincial capital. The road, that is already being constructed, will eliminate any need for them to travel by foot.

“This summer will be one of the last chances to visit the true Kyrgyz nomadic people,” explains James Willcox, founder of Untamed Borders. “Almost all Kyrgyz were traditionally nomadic people, but the Kyrgyz in the former soviet union and China stopped being fully nomadic due to the collectivisation of farming under the communists and are now only semi-nomadic. The only true Kyrgyz nomads left live in this remote wilderness, at 4000 metres altitude. Their way of life has barely changed in centuries but with this new road linking China and Afghanistan that will all change, which is why we believe the best time to go is now.”

About the Wakhan Corridor:

The Wakhan corridor is a tiny strip of land that juts out of North Eastern Afghanistan. It exists as Afghan territory because in the late 19th century the Russian and British empires decided between them that the borders of their eastern domains should not touch to avoid conflict. It was decided that China and Afghanistan should border each other, thus creating a buffer between the British Raj (now Pakistan) and tsarist Russia (now Tajikistan). This leaves a small strip of remote land and a geo-political oddity that could now become a highway between Asia’s least developed country and its largest economy.

A 22-day journey to visit the land of one of the world’s last and least visited nomadic cultures: the Kyrgyz of the Afghan Pamir. We will begin and end in Tajikistan’s capital Dushanbe before travelling along the dramatic Pamir Highway and crossing over into Afghanistan. We will then pass through the Wakhan Corridor to the Afghan Pamir. The last section of this journey will be made by foot as we make our way to the summer grazing grounds of Chaqmaqtin. We will have the opportunity to encounter Kyrgyz and Wakhi nomads who graze their livestock here during the summer months as well as seeing ancient tombs and Buddhist engravings, which live as a reminder of this once great section of the Silk Road.

From $4,300, including an international guide with more than 10 year’s experience trekking in the Wakhan, local guides and permits.