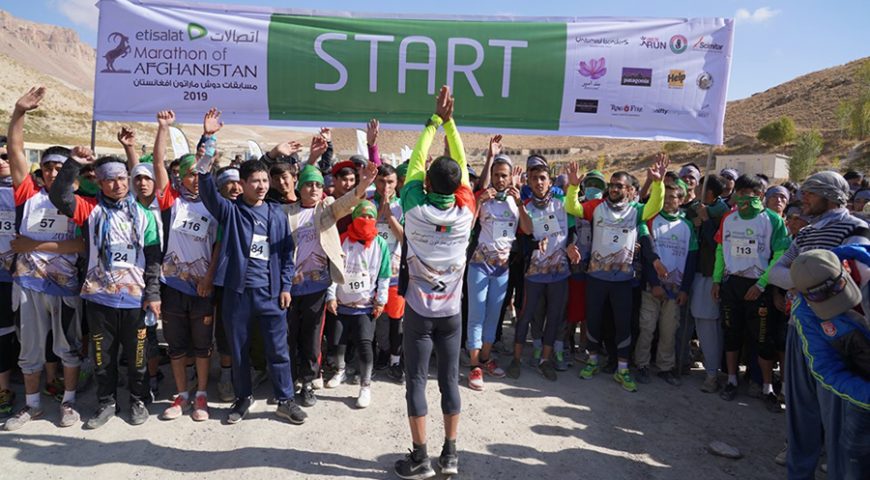 On 11th October 2019, 775 runners joined the fifth annual Marathon of Afghanistan, the countries only mixed-gender sporting event. Organised by a small team of international and Afghan people, in collaboration with charity organisation Free to Run, the 10km and full marathon races were first set up to create a sporting event which would bring unity and normality for people in a country more associated with conflict and often divided on ethnic lines. 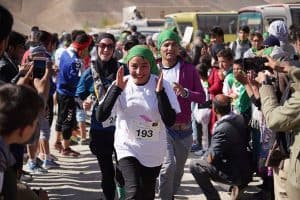 Free to Run uses adventure sports, including running, to create safe spaces for women and develop female leadership in post-conflict regions of the world. Operating in four provinces in Afghanistan, Free to Run has played a critical role in increasing the number of female participants that run in both the 10km and full marathon races. The total number of runners across the two races has increased from 120 in 2015 to 775 in 2019, with the addition of a 1km children’s race. This year, 40% of these runners were women.

“This event is about bringing people from around Afghanistan and the world to share a common experience,” explains James Willcox, founder of adventure travel company Untamed Borders, who has been involved in organising the event from the beginning. “Entry cost from the international runners covers the race entry for local runners, which, most importantly, makes this event accessible to all. In this time of a struggling Afghan economy, running and training give athletes hopes and goals. This helps keep young women and men on the right track rather than falling into drug use or extremism.” Runners from all major ethnic groups of Afghanistan from 12 different provinces took part in this year’s races, successfully making it an event of national unity. 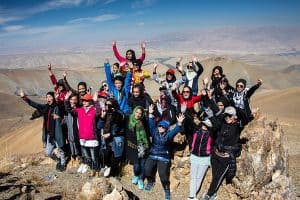 Each year Untamed Borders takes 20 international runners to join the event, Willcox explains that “our organised group trip where guests can take part in either the 10km or marathon race sells out immediately every year, with more runners than ever wanting to travel and compete in less-visited destinations, such as Afghanistan. This year saw 13 different nationalities joining the Afghan runners.” 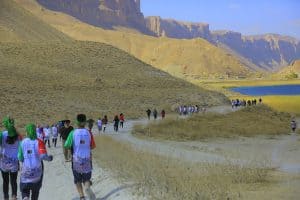 Taking place in the Bamian province in the central highlands of Afghanistan, the race starts at an altitude of 3000m. The region holds many places of interest such as the famous UNESCO Buddha niches, the “city of screams” – a fort once conquered by Genghis Khan in the 13th C, and Band-e Amir, Afghanistan’s first National Park. The Bamian province is recognised as one of the safest areas in the country and remains almost completely untouched by violence.