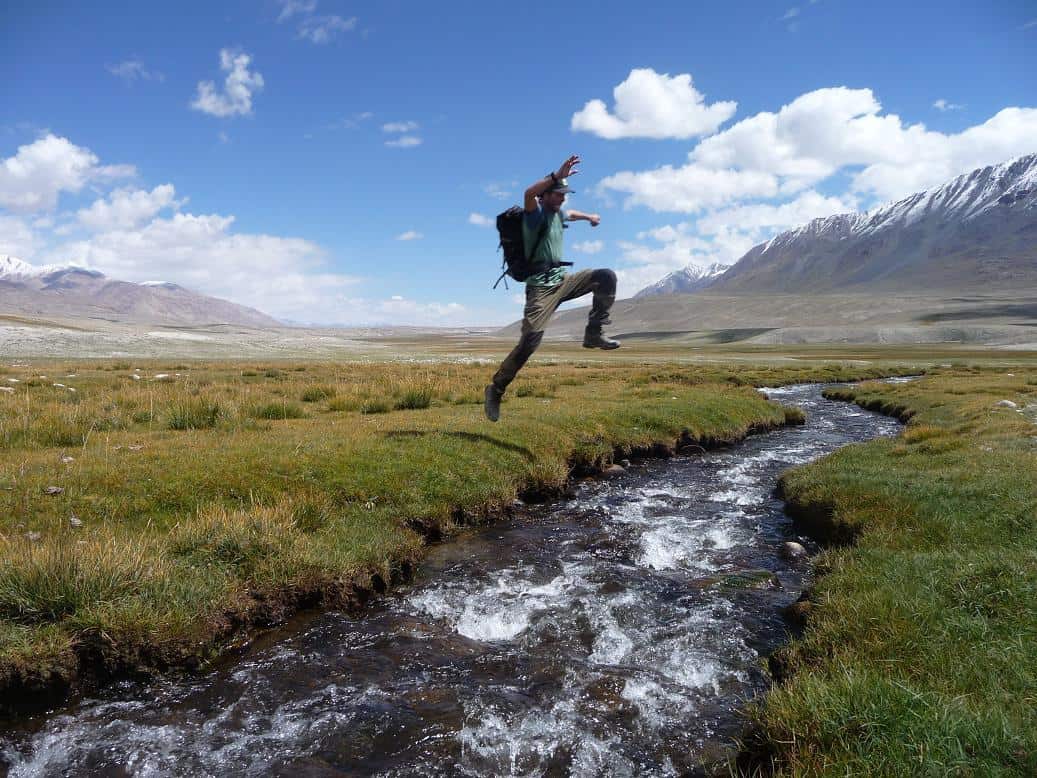 Jan is an experienced mountain guide who will be joining the Untamed Borders office team to work on expanding and managing their trekking and expedition trips. We thought it would be nice for our guests to get to know him.

Where are you from?

I’m from The Netherlands, but the past six years I have lived in Scotland and Tunisia.

What will you be doing for Untamed Borders?

I will be mainly working from the office. As Untamed Borders grows and expands the number and variety of trips we offer there is a need for more people to create and manage the trips. I will have a focus on the trekking and expedition side of things. I’ll also lead a trip or two each year.

How did you end up working for Untamed Borders?

I applied for the job but mentioned that I would not be able to go to an interview for 3 weeks as I was going hiking in Nepal. At Istanbul Airport I learned about the earthquake and had to change travel plans. I ended up going to Tbilisi, Georgia for a cycle tour. As it happened, James, the UTB chief, had just finished with his Chechnya & Dagestan tour and dropped me a line that he would be in Tbilisi at the same time. We met up and after many plates of Kachapuri and probably one too many glasses of Saperavi I somehow got the job.

What kind of traveller are you?

I tend to do remote (mountain) travel, usually in a self-propelled way. If I’m going on a 6 month trip then by bicycle is best. There’s nothing better to see, feel and smell the environment you’re in. When I plan to climb a mountain or a trek, it should be remote, obscure and almost unknown. I live for the exploration side of expeditions like these, studying maps and trying to see whether the journey is possible.

What are your three favourite places on the planet?

Any trips planned in the near future?

Next month I’m becoming a dad so for the next period I will not be going too far from home. In 2016 me and some climbing friends are going to attempt Noshaq, Afghanistan’s highest mountain (7492m). I’ll also be leading one of the trekking trips for Untamed Borders in 2016.

Untamed Borders is currently developing new expedition routes in Tajikistan, Iraqi Kurdistan, Chad, Chechnya/Dagestan and Indian Kashmir for 2016 and 2017. It is exciting starting the preparation for these trips. There are so many beautiful mountain ranges that are still regarded as blanks on the map.