Yakutia, also known as the Sakha Republic, covers a vast region of Siberia, roughly the size of India. Most internationally famous for the Lena, the 11th largest river in the world, Yakutia also holds the record for the coldest recorded temperature in the Northern Hemisphere in the small village of Oymyakon. It’s also renowned for its paleontological discoveries, ranging from Yuka the woolly mammoth, to Dina and Uyan, the exceptionally well-preserved cave lion cubs discovered in 2015.

THE VALLEY OF DEATH 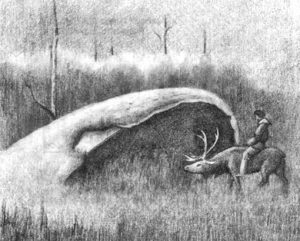 Deep in the tundra of the Evenkia region lies a collection of giant metallic cauldrons embedded into the earth. The region has been feared for centuries by the local reindeer herders as these objects of an unknown, and potentially extra-terrestrial origin, have been known to cause mysterious nausea and skin ailments. Nevertheless, venturing on foot and by reindeer would make a worthy journey to discover whether there is truth to be found from these stories. At the very least you’ll learn a lot about the ancient trade routes that once existed through the tundra and learn some life stories from the Evenki herders. 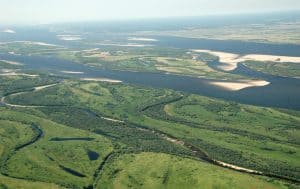 Being the easternmost of the three great Siberian rivers that flow into the Arctic Ocean (the others being the Ob and Yenisei), at 4400km+ there’s more than a lifetime’s worth of exploring to be had just along its banks. Starting out near the world’s deepest and oldest freshwater lake, Baikal, it flows towards the Arctic, passing by Yakutsk, the capital of Yakutia, and the towering Lena Pillars which are reputed to be the “cradle of human civilisation” as some of the oldest tools in the world were discovered on its banks. 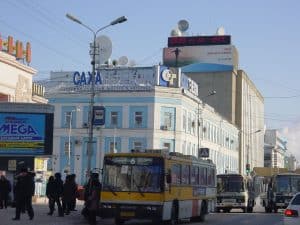 With a population of 300,000, Yakutsk is considered the coldest city in the world for its size, with temperatures regularly dropping below -34C. It was first inhabited by the Yakuts in the 13th-14th Century and first founded as an Imperial Russian fort in the 17th Century by Pyotr Beketov. Ever since then it has remained as the most important East Siberian city, from where centuries of Russian expansion spawned out to the Far East, and further south. Year on year it grows in strength as it is also responsible for 1/5 of the world’s diamond production.

The New Siberian Islands are an isolated archipelago enshrouded in myth and first discovered by an early Cossack expedition in the early 18th century. Even farther north are the De Long Islands. Beyond here lies the mystical Sannikov Land, a region of phantom islands seen by countless expeditions and cartographers over the centuries, but one never proved to exist despite countless attempts to reach them.

Reliable wifi in major towns and cities. No internet connection outside of these areas.

Typical of Russia: Dill. Dill. And more dill. Lots of potatoes, beetroot and root vegetables. Meat and fish centre in most dishes. Bulgar wheat is a popular grain.

The FCO considers Yakutia to be a low risk region to travel.