The boundary between Europe and Asia

The 2500km Ural Mountain range is the boundary line between Europe and Asia. Despite being mostly wilderness, there is a complex human history that has evolved in the foothills of this mountain range; such as the indigenous Bashkir’s trading links with Middle Eastern merchants from the 10th Century onward and the Mongol Empire’s influence on its northern Arctic reaches, which resulted in the Khanate of Sibir, the northernmost Muslim state. History aside, this prominent geographical feature on the Eurasian Continent has numerous possibilities for trekking, climbing, skiing and cultural trips, that are little explored by non-Russians. 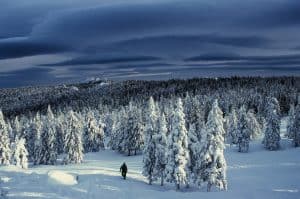 Beginning in the Shchugor River and extending for 600km north all the way to the fringes of the Kara Sea on the Arctic Coast, the Polar and Nether-Polar Urals is a region of true Siberian wilderness. It’s in this section as well that one will find the Ural’s highest mountains. Whilst they aren’t the towering peaks one would find elsewhere in Russia and the Former Soviet Union, the remoteness of the region’s highest peak – Mount Narodnaya (1895m) – makes any trek to the peak, or in its vicinity, a very serious undertaking. 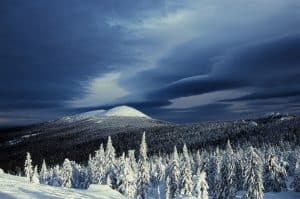 Starting by the Usa River and stretching due north for 560km, the Northern Ural’s landscape holds some deeply intriguing and unsolved mysteries. These include the Dyatlov Pass incident where in 1959 nine students embarked on a winter ski trip. All of them perished under still unexplained circumstances. Explanations range from murder, a yeti, to extra-terrestrial influences. If you’re not interested in conspiracy theories, there’s the geological oddity of Manpupuner’s rock towers to be seen, along with countless archaeological sites to be explored; such as the location of the Shigir Idol, the world’s oldest wooden structure created 11,000 years ago, and a nearby region in the tundra where non-natural, perfectly geometric objects estimated to be 300,000 years old, were discovered. Some say they’re evidence of ancient alien visitation… 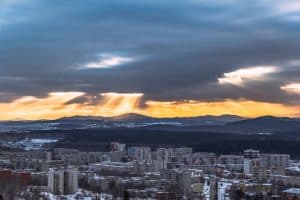 The central and southern section of the Ural Mountains run south from the Ufa River, all the way to the border of Kazakhstan. The highest point is Mount Yamantau (1640m) and intriguingly enough it’s within this unremarkable peak that the United States claims Russia is housing an extensive, top secret bunker complex for Russian Armed Forces. Whatever your opinion, it’s clear that the isolated nature of this section of the Urals is a great getaway from such paranoia.

Reliable wifi in major towns and cities near to the Ural Mountains. No internet connection outside of these areas.

Typical of Russia: Dill. Dill. And more dill. Lots of potatoes, beetroot and root vegetables. Meat and fish centre in most dishes. Bulgar wheat is a popular grain. Berries, mushrooms, fowl, reindeer and dried/raw fish also heavily feature in northern Siberian cuisines. Tatar cuisine – which is rich and varied – also emerges in the Northern/Central/Southern regions of the Urals. It is characterised by cereals and livestock.

The FCO considers Ural Mountains to be a low risk region to travel.