Eurasia's eastern edge and the gateway to North America

If you’re heading out east, Chukotka is your last stop in Russia before you fall off the edge of the Eurasian Continent and into the frigid waters of the Bering Strait. This is the least visited region in Russia, mainly because it is extraordinarily far from anywhere else in the inhabited world, and therefore not the easiest destination to reach. In fact, flying or swimming over from Alaska could be just as fast as flying from Moscow. Despite the isolation, Chukotka has a wealth of wilderness worth exploring, along with the Chukchi culture who still practice reindeer herding and walrus hunting in some areas. 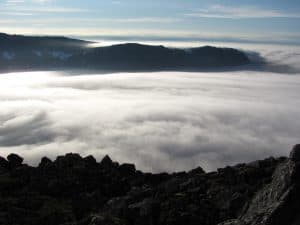 Comprising two islands separated by a 1km wide strait, the Diomedes represent the most eastern and western extent of Russia and the United States respectively. It’s also the point from which the International Date Line originates.

Wrangel Island is considered to be the last place on Earth where mammoths survived. Today it is home to a small population of Russian rangers, scientists and non-native musk ox and reindeer. Although a small and seemingly unimportant Arctic island, Wrangel is wrapped in a fascinating history; such as its ancient origins as a waystation used for the indigenous Chukchi’s trade routes with Alaska to the site of untold stories of Russian and European exploration – including the tale of Stefansson’s expedition shipwrecked for 9 months, whose captain was eventually forced to walk alone across the frozen sea to summon a rescue. 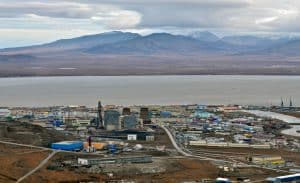 Up until the early 19th Century, Anadyr was the only established settlement east of the great Kolyma River. Today though its home to 15,000 inhabitants and being the most populated town in the area it is also the capital of the Chukotka Autonomous District 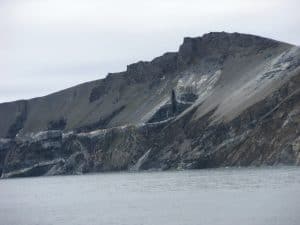 Named in honour of Semyon Dezhnev, the first known European to have rounded its tip in 1648, this rocky and isolated coastal zone also marks the most eastern extent of the Eurasian Continent.

Letter of invitation and visa required for most nationalities. Must be applied for in advance at a Russian embassy or consulate. Most cruise ship passengers entering Russian ports can stay for up to 72 hours visa-free if the trip is co-organised by a travel company officially licensed with the Russian government.

Reliable wifi in Anadyr. No internet connection outside of main towns.

The FCO considers Chukotka to be a low risk region to travel.