The Altai Republic can be considered the spiritual heart of Siberia, as many native Altaians, and Russians, who practice Tengrism, Burkhanism and Pagan Slavic religions, believe the landscape holds a religious significance. Wherever you travel here, it’s easy to see people’s deference to the local surroundings in the form of kurgans (stone burial mounds), standing stones and prayer flags tied to sacred trees. Furthermore, it’s also home to Siberia’s highest peak, Mt. Belukha (4506m), which is at the junction point of Kazakhstan, Mongoli and Russia. It’s here that the taiga forest, steppe and deserts of these three nations collide together to form an environment that often feels magical when you travel across its landscape on foot, by horse or even car. Some of the mystique to the Altai could also be owed to the fact that Mt. Belukha is rumoured to be the location of the mythical Shambhala, Asia’s equivalent of El Dorado, inspiring countless explorers in search of its otherworldliness. Whatever you choose to do in the Altai, you’re guaranteed to return feeling enlightened and refreshed. 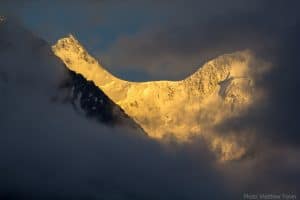 Even though Belukha is the most popular mountaineering objective in Siberia, its remoteness and the long walk-in or horse ride required to reach the main valley makes it a quiet and unspoilt destination located on the Kazakh border. Some say it is also the centre of the mythical kingdom of Shambala. 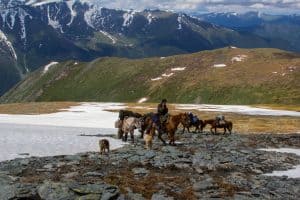 Sometimes referred to as the Golden Mountains, this range extends for 2000km across China, Mongolia, Kazakhstan and a large proportion of that also through Russia. 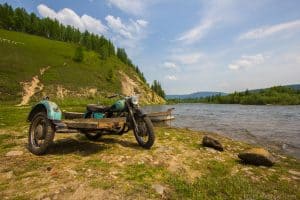 In Turkic languages “katun” means woman and thus it is considered bad luck to throw a rock in to the waters of this wild 688km long river, which is a central feature in the Altai. A paddle down this river is a serious under taking as its waters are notoriously chaotic with rapids, ultra-fast flowing and riddled with whirlpools.

The largest lake in the Altai Mountains and based in the Altaisky Nature Reserve, Teleskoye is fed by over seventy separate rivers with the largest being the Chulyshman. About 400 years ago the lake receive its name from the local Altain tribe, the Teleuty, who inhabited its shores calling it Gold Lake (Altyn-Khol). Not only is this a quiet and pristine region to trek and travel by boat, but it’s also a superb location for fishing. 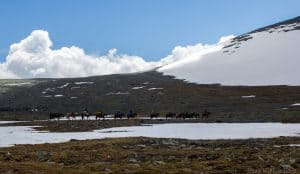 Recognised as part of the UNESCO World Heritage Site, the Ukok Plateau is a historical, environmental and geographical treasure. Most notably the plateau is the junction point upon which China, Kazakhstan, Russia and Mongolia’s borders converge close together. This very isolated region is also home to numerous endangered species such as the snow leopard, argali mountain sheep, steppe eagles and black storks. Archaeologically, Ukok is most renowned for being the home of the Siberian Ice Maiden, a 5th century BC mummy discovered in a Pazyryk burial mound and one of Russia’s most significant archaeological discoveries of the 20th Century.

Reliable wifi in major cities and towns. Little or no internet connection outside of main towns.

The FCO considers Altai Republic to be a low risk region to travel.